Showing posts from October, 2012
Show All

A Steampumkin Time At The Roadhouse 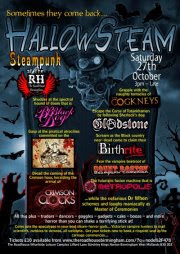 Well lots of frequent time traveller miles clocked up  last weekend, something in the region of 550 miles, according to The AA, although maybe you shouldn't trust the calculations of recovering alcohlics, in three days. All worth while though, visiting new venues in Bristol and Northamptonshire along with lending support to The Workhouse in Llanfylin's, working weekend.

The band are doing some easy miles this week before a jaunt across to Germany and The Netherlands in early November.

Sadly the John Peel Memorial Day at The Victoria in Derby scheduled for Thursday, has been cancelled earlier this week, however BB are taking the opportunity to play there on Thurday night, thus presenting a chance to view their last show in the county until the end of next month.
"The Vic" could not be more ideally situated, positioned directly over the road from Derby Railway Station.

The other outing this weekend is to headline a fabulous festival of Steampunk, …
Post a Comment
Read more 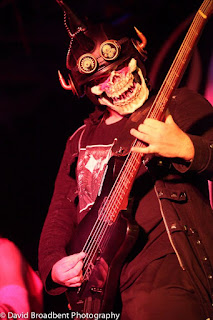 
Well, fair to say that Steampunks made a huge splash in The Bath last weekend, creating great interest in their splendid presence, from the local community and tourists arriving for The Illuminations alike.

So a boundless thanks to the artists, artisans, engineers, imagineers, traders, helpers, venues and indeed to the endeavours of one and all who contributed to the wonderful success of this inaugural event.

What a pleasure to see the doors of The Pavilion open once again. Unsure of final figures at this juncture however a descent contribution from the events proceeds, should be available to aid in restoring the building to it's former glories.

Lots of great comments and fantastic pictures abound on facebook to check out. In answer to the question will there be more, yes certainly same time next year and maybe The Steampunk Solstice moving there in June. Also the possibility exsists of an early return…
Post a Comment
Read more 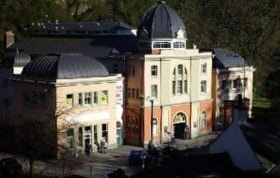 This coming weekend brings the world of Steampunk to Matlock Bath in the Derbyshire Dales, centred on the recently reopened Grand Pavilion (above) ,to whose further renovation any post production profits will be donated. Although built in 1910, nine years after Victoria's death, the structure still exudes that periodic feel possessed by the entire village.

It all makes for a splendid backdrop to The First Steampunk Illuminata and Market, an event which it is visualised will grow in stature over the coming years to encompass the whole of the village.

The weekends proceedings begin in The Fishpond, just over the road from "The Pav", with a free show upstairs in the ballroom, featuring a full set from the sublime Gladstone and a support slot from "Seasick Dale" or should that be "Timetravelsick Dale" with Axel, possibly the tallest drummer you will meet playing the smallest drum kit, you have ever seen.

The All Dayer After The Night Before 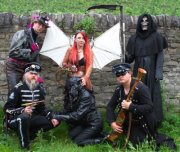 Great time last weekend at the The Monster Raving Looney Party Conference and The Intake in Mansfield, with a bigger event already earmarked for the latter, in the new year...... watch this space !

A late booking for Saturday finds the BB mobile putting in the miles again, with a welcome return to the South West. A new venue for the band in the Devonian north coast resort of Ifracombe at The Chill Bar located on Fore Street in the town centre.

The long drive back, will provide little time for sleep before a relatively early start on Sunday.

The occasion on Sunday provides a great opportunity to join with Steampunks at The Sitwell Tavern, Sitwell Street, off Babington Lane in Derby city centre, running from two in the afternoon and planned to finish somewhere around eight or nine, alowing plenty of time to catch buses and trains far and wide afterwards.