Showing posts from July, 2014
Show All

Alt- Who Goes There?

The initial reason for this week's blog was to start previewing the upcoming Steampunk Experience at Alt Fest set for August 15th-17th. However due to recent developments we will refrain for now.

However unless you were holidaying on Ganymede yesterday and the laservid service was down, you will no doubt have seen the media activity suggesting the whole event is cancelled.

Whilst it would be both imprudent and unproductive to enter into any further rhetoric it is clear that at least some problem exists,which has not been conveyed to the organisers of "The Steampunk Experience"

Suffice to say that all we know for certain is, that we know nothing for certain.

The rumors, however unsubstantiated they maybe, are strong enough, that Dale and the other Steampunk organisers are looking at alternatives to ensure that at least "The Steampunk Experience" element remains alive.

If It's Late July, It must be Pentrich Time Again. 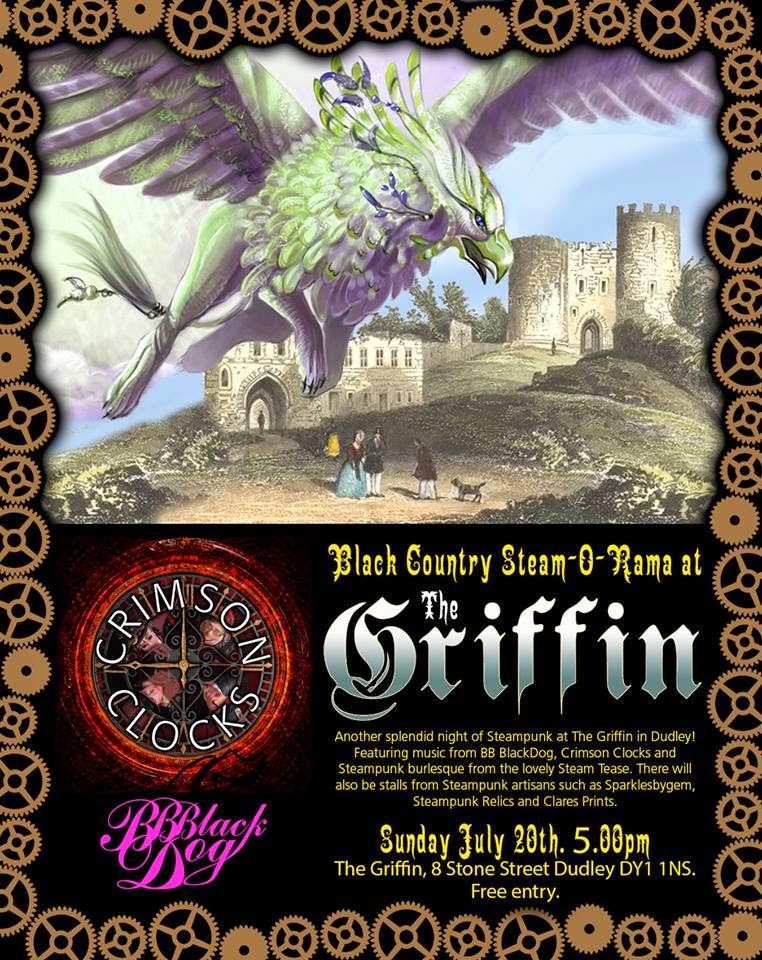 For anyone who was at The George and Dragon last Friday and wondered who joined in for a few tunes after Dale and Monty had strut their stuff, it was Mike from the Monday sessions at The Bulls Head.   Molly being absent due to a trip over to Belgium.

Dale has been putting in a lot of solo slots recently, including a run of shows with Ash Mandrake, who rather marvelously describes himself as traveling showman/minstrel/milliner/story teller/techno-jester/bard.

Continuing in his solo vein, Dale will be playing at the Twenty Ten acoustic night this Friday, the 18th and The Black Country Steam-O-Rama event at The Griffin in Dudley on Sunday

. If the event lives up to the fabulous poster above, it should be a good one. Nice to catch up with Crimson Clocks again too.